Dopamine is a neurotransmitter that has been connected with pleasure in popular culture. The release of dopamine is believed to jolt the pleasure centers in the brain and feed the fires of addiction, in addicts and thrill-seekers everywhere. It is connected to the formation of habits and addictions, and it delivers rewards when the mind sees it fit. It is directly related to motivation and pleasure. The neurotransmitter has also been associated with mental illness and imbalances because of how much control it has over the mind and body.

Contrary to the popular belief, the functions of dopamine extend far beyond fuel for the all-consuming fire that is an addiction.

In a way, it controls our fundamental behaviors, and that can sometimes include the search for water and food. To be perfectly clear, it is the resident’s feel-good chemical in the body, and it is often deployed when your mind or brain deems your action right. Thus a signal is sent coursing through the body, and that causes the importance of the movement to be understood, and replicating said action takes precedence – that is how dopamine works in a nutshell.

Dopamine is the body’s habit development tool, and it rarely ever leads to the development of a compulsive and uncontrollable addiction. If anything, the human factor ultimately dictates our actions, and we are not all doomed to be puppets of our neurotransmitters.

Believe it or not, you are the primary cause of this imbalance most times. An especially unhealthy diet will often lead to lower dopamine levels. Also, the use of drugs will increase your dopamine levels and lead to some long-term issues.

What to expect when this happens?

Having ridiculously low dopamine levels can cause depression and other seemingly attached side effects like aches and pains, loss of balance, pneumonia, muscle problems and issues, and low energy.

Ridiculously high dopamine levels have been known to induce thrill-seeking ventures like drugs and indiscriminate sexual experiences. It can also lead to some illnesses like Schizophrenia and Psychosis.

There are several ways to regulate, and ultimately, control the levels of dopamine in your body system. The majority of them are natural and slow, and others are clinical and more effective. In most cases, both options are used simultaneously to achieve better results, but we think the natural methods are not usually explored before the more clinical approach is considered.

It might seem futile to try to fix chemical imbalances with lofty words, but there are quite a lot of things that words can achieve if given a chance. With therapy, you can recondition a person’s thought process to process information better and resist their darker, or more destructive, impulses.

Often stress leads to substance abuse or impulsive behavior. Teaching the affected individual to handle stress better can significantly impact the outcome of a potential life-altering moment. Usually, there is a mental side to most diseases or ailments, and counseling can fix things that sometimes nutrition and exercise can’t quite correct.

It might shock you to know that your diet can significantly affect your dopamine levels. Most people think that dopamine only operates with physical actions, and they are partially right. After all, eating is a habit too.

Several foods are rich in tyrosine and these foods boost the production of dopamine in the body, and they can very well help individuals who have very little of it. Foods like dairy, almonds, avocados, bananas, etc are rich in tyrosine, and to those who have too much dopamine pumping through their systems, it can be potentially deadly. Reducing the intake of these foods may possibly regulate levels and help them gain better control of their actions.

There is a sense of euphoria that comes from finishing a set of physical tasks that you have devoted yourself to accomplish. This feeling can sometimes be addictive, and this is incredibly good because it helps you maintain a healthy body. A healthy body is one of the easiest ways to sustain acceptable chemical levels in the body. 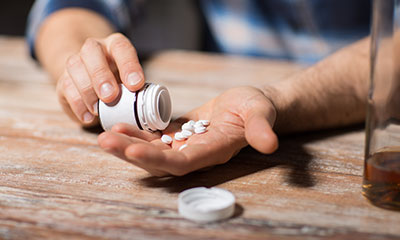 This is sometimes the last resort for certain specialists. In extreme cases where the imbalance is simply too defined and uncontrollable, specialist resort to administering medication to help temper the imbalances. Although a prescription for dopamine correction is usually associated with severe mental illnesses, this is not the rule of thumb all of the time. There are instances where individuals require some sort of medication to correct a mild disorder within their system.

People with severe imbalances usually suffer from illnesses like psychosis and schizophrenia. They actually need the medication and most times cannot function properly without it- unlike people with mild imbalances. However, pills are not sufficient to treat the mentally ill completely. Most times, they need to be coupled with therapy and a controlled environment.

Dopamine is a complicated neurotransmitter with a somewhat negative reputation amongst certain circles, but what most people fail to remember that without it, we can’t function as human beings. They basically drive us and literally often give us a reason to live. I think that despite their somewhat controversial cons, they are a fundamental part of our physiology that cannot be ignored.